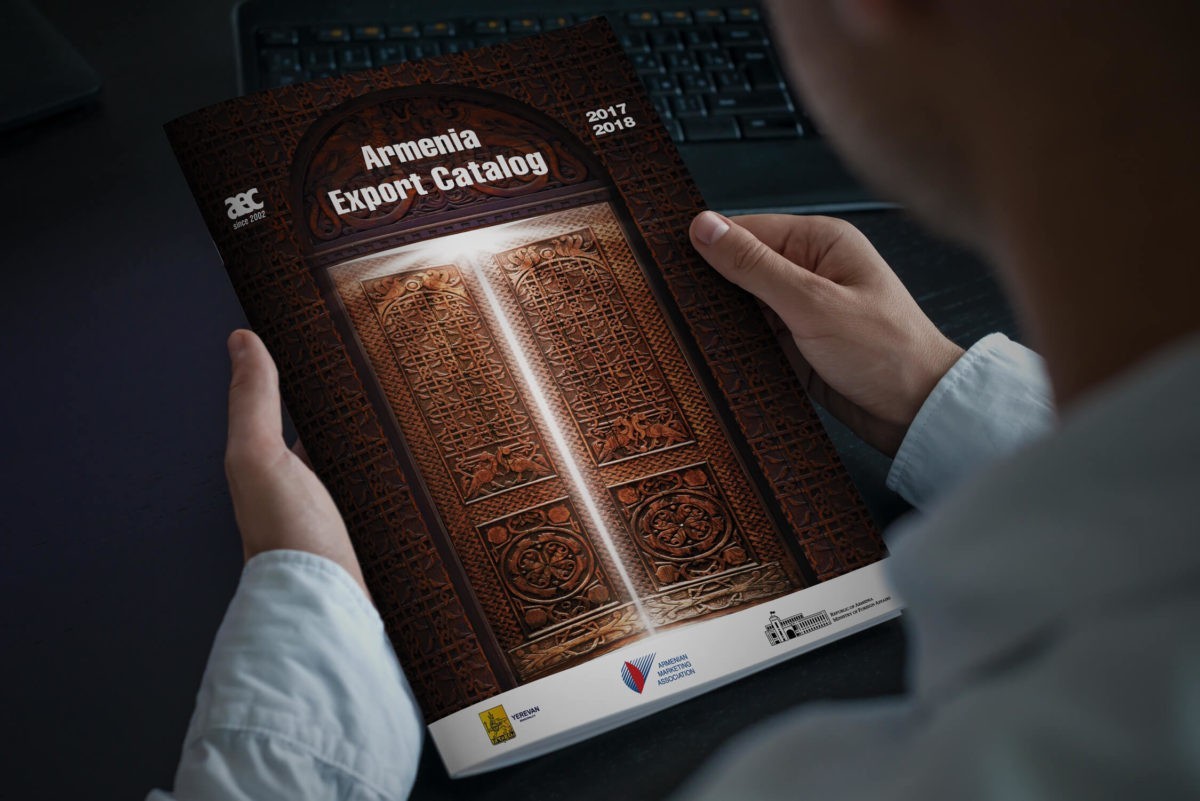 Sponsor of the electronic version

The sponsor of the electronic version of «Armenia Export Catalog 2017-2018» is «Export Insurance Agency of Armenia» Insurance CJSC.

Go to their site
chrome_reader_mode

Attention, you can see all the Export Catalogs that were ever published by us, using these links:

Department of Publishing of the Armenian Marketing Association is a mobile mini printing house. The Publishing House is engaged in the production of Export Catalogs of Armenia (www.aec.am) and the South Caucasian Export Catalog (www.scecatalog.org).

The release of the Export Catalog of Armenia started in 2002, the number of printed copies was 1400 pieces, instead of the planned 100. In 2003-2004, taking into account the demand for information on exports and the high demand of the pilot catalog, the second project “Export Catalog of Armenia 2003-2004” , With the assistance of the Eurasia Foundation, funded by the United States Agency for International Development (USAID). In the framework of the project, instead of the planned 2,000 printed catalogs and 1000 CD-versions, 3000 printed full-color catalogs of A4 and 4000 CD-versions were published (2000 in English and 2000 in Russian). Also on-line version of the catalog was created. Further, in 2005-2006, the “Export Catalog of Armenia 2005-2006” was created, the success of which also does not cause doubts both in qualitative and quantitative aspects. Three thousand color printed versions of A4 and 4000 CD versions were published. In addition, the Internet was posted on-line version.

The basis for the start of the project “South Caucasian Export Catalog” was the positive dynamics registered by the previous project for the years of its existence. Georgia and Azerbaijan take part in this project in addition to Armenia (for more information about the project, see www.scecatalog.org). The circulation of publications was 6000 copies – printed versions, 6000 – CD versions, and on-line version of the catalog is also available on the Internet at www.scecatalog.org.